My favorite racing games are Thunder Alley and Grand Prix, designed by Jeff & Carla Horger and published by GMT. Both games ask you to control a team of multiple cars using cards that have a variety of movement effects but almost always benefit some of the other players' cars as well as your own. Strategy counts but there's a lot of luck and a fair amount of chaos. (See this review by Francis K. Lalumiere for a more thorough recommendation.)

Strategy, luck, and even more chaos is coming up in the next installment of the series. Apocalypse Road mixes car wars-style combat in with the racing. I always wanted to like SJG's Car Wars, but the truth is that it was too fiddly for its payoff, for me, so I'm looking forward to auto-combat in a system I enjoy.

At some point I decided to sponsor a driver in the game, paying a bit of support money and naming him Ole Tubli. Like my name, it ain't pronounced like you'd expect, which is fine. If you're not pronouncing it American style, this driver's name is Estonian for 'fare forward bravely,' my Dad's usual telephone sign-off, pronounced o-lay tube-lee. 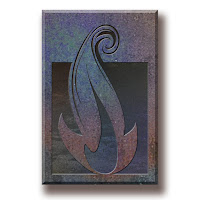 Jeff has written a series of blog posts introducing the Apocalypse Road racing teams and the post involving the Archmage Engines just went up. If you feel like racing alongside Ole Tubli (plays mean guitar), Gid Zornes (grinder), and Sargon "The Winged Bull" Ashur (master metalworker) by sponsoring/naming a driver on the (extremely eclectic) Archmage Engines team, Jeff's blog has notes on how to join!

As the blog mentions, the game has reached the magic 500 pre-orders threshold, so GMT is going to start production and publish. The game is still available for the lower pre-order price through its GMT Project 500 page.