I love that both 13th Age Glorantha and RuneQuest are up for awards at the UK Games Expo later this week.

So here's a note on on a product that people may not have realized works for both games: the set of RuneQuest expansion dice from Q-Workshop. 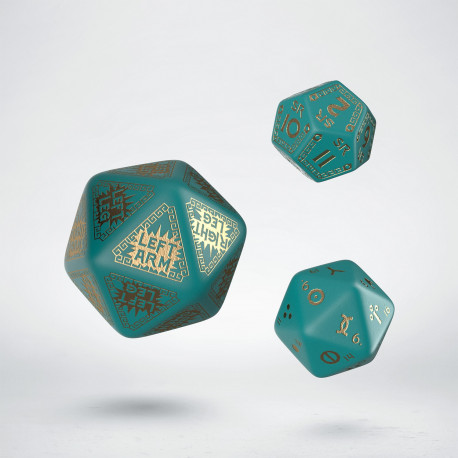 The hit location die and the twelve-sided strike-rank die aren't going to do much for 13th Age Glorantha players, but the runes on the 20-sided die are the runes used by 13G in exactly the right order to replace a glance at the random rune table.
Posted by Rob Heinsoo at 11:34 AM 1 comment: