Three-Dragon Ante: Legendary Edition should be on sale on Thursday, September 18th! For a bit more of a preview and notes on a couple of the game's origin stories, check out the Designer's Diary that came out today on Boardgame Geek. 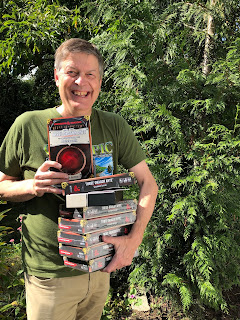 I saw the finished cards and the sturdy new game box for the first time yesterday. That's me above, squinting in Seattle's single moment of sun yesterday afternoon, timed perfectly to celebrate the arrival of the shipment from Wiz-Kids. 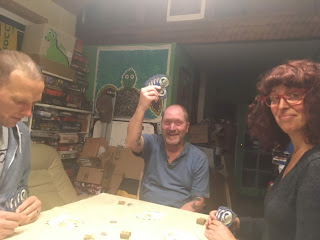 And in what looks like a smoky tavern but is actually just a photo taken with my fuzzy phone-camera in my garage studio, here are friends Rob, Michael, and Sunga playing our first gambit with the actual cards. We played three games in the style that the game terms 'among friends'--playing with ten random cards secretly selected from the thirty mortals and legendary dragons. You find out which special cards have been added to a particular game by playing the cards or having them played against you. As our trash-talking and brutal ambushes revealed, among friends could be a dangerous style in a world where everyone is armed with daggers and lightning bolt spells. To emulate the games  played by gamblers in D&D worlds who want to reduce their chances of being slashed or electrocuted, maybe you'll want to play show 'em style as explained on page 14 of the rules!

Posted by Rob Heinsoo at 4:52 PM No comments:

We’ve loved following the National Women’s Soccer League in the USA the last four or five years. It’s presently a nine-team league, which is small, but the quality of play is excellent and games can be watched on yahoo or on some of the ESPN channels.

There’s about a month left in the regular season and then there’s a four-team playoff before the championship game on October 27th.

Without going into too much detail, I’m going to write a paragraph on why each of the teams in the league is Fun to Watch. This first installment features the three teams on the bottom of the league. They’re not making the playoffs this year.

Orlando City FC
Honestly . . . the first half of the season they weren’t much fun. Superstar forwards Alex Morgan (USA) and Marta (Brazil) both played like they were conserving their energy for the World Cup. Defender/midfielder Alana Kennedy was the team’s high goal scorer, managing at least one ridiculous bicycle kick, but when you have two of the best international strikers on your team and only your defenders are scoring, you’ve got trouble. The best things they had going for them were that midfielder Dani Weatherholt wasn't being dragged down like the rest of the team and that defender Ali Krieger and goalkeeper Ashlyn Harris are engaged, a sweet romance in the middle of a hard season. 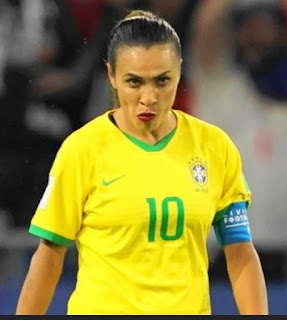 So, the reason they’re fun to watch now? Marta came back from the World Cup inspired and passionate. Yes, she quickly collected a red card for her passion, but watching Marta play now is like watching angry-Michael Jordan cut through fools. It’s too bad this a sport where being Michael/Marta isn’t quite enough to take over games completely and win, but it’s gasp-worthy entertaining.

Sky Blue FC, from New Jersey
I love watching Sky Blue because they feature two talismanic players, stars who pushed their countries to win World Cups. Unlike Marta and Alex Morgan, Carli Lloyd did NOT conserve her energy before the World Cup, she played to prove she belonged as a starter on the national team. Also unlike a lot of her USA national teammates, Lloyd didn’t spend weeks celebrating the win, she got back to work and has been either lethal or great fun to watch or both at the same time. 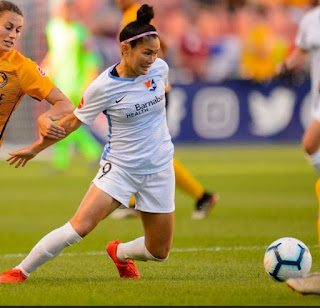 The other national talisman, Nahomi Kawasumi of Japan, hasn’t been getting as much playing time this year. Shewas on the Seattle Reign for years and is one of the best passers in the game, maybe she is on the downside of her career, but she hits the ball sweetly and enjoys Beckham-level fame in Japan. She’s always worth watching. (Actually, there's a third highly skilled national talisman on Sky Blue, but Raquel "Rocky" Rodriguez is famous for scoring Costa Rica's first World Cup goal rather than for pushing her team to win the whole thing.) 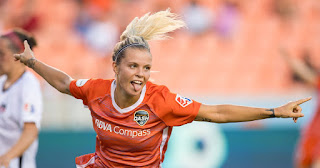 Houston Dash
They haven’t lived up to expectations, so this is another team that’s features an extremely talented player trying to push her team towards the playoffs. Or a win or three, just-maybe. Rachel Daly, of England, is a striker or midfielder when she plays for Houston, and if the USA’s Crystal Dunn wasn’t in this league, Daly might qualify as the NWSL’s most versatile player. England played Daly a little as a defender in the World Cup, at first, and later let her sub in at midfield. I think they would have been better off to play her from the start. For Houston she’s a constant threat, no matter where she is on the field. Like Marta, she’s not taking sh*t from anyone and has the recent red card to prove it. Also like Marta, and like the aforementioned Michael Jordan, Daly does seem to play better when angry, so who can say what she'll throw into the last few games?

Posted by Rob Heinsoo at 1:16 PM No comments: