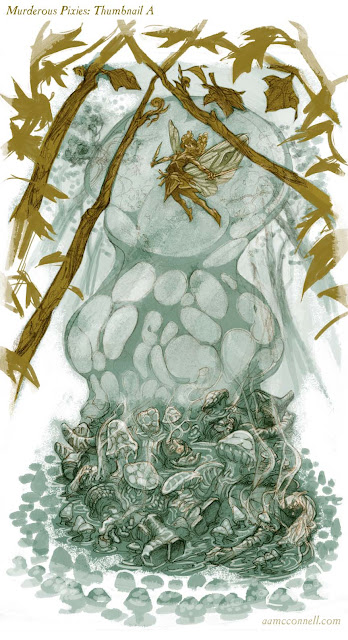 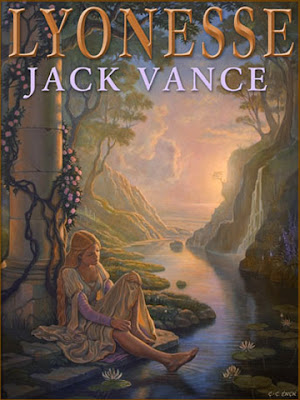 Sometimes working at what you love pays off in ways you would never have predicted. I've always loved the Science Fiction Museum at the EMP, even in the early days when it felt like not much more than the seriously-impressive handwritten manuscript of Neil Stephenson's Cryptonomicon alongside a whole mess of robots.

The Museum has been upgrading the past few years with nifty new permanent exhibits on horror and yes, science fiction. Opening next Friday, Fantasy: Worlds of Myth and Magic completes the triumvirate.

I helped with the brainstorming and planning stages of the fantasy exhibit and worked with the museum's Erin Wheeler to choose the characters for the Archetypes display. Erin piloted the display and brought in characters from media I'm more-or-less-illiterate in (anime, cinema). We handled the writing together with some help from a few other folks.

One of the best aspects of working on the Archetypes display was bringing in characters from writers whose works I love and who might otherwise not have been recognized. Fafhrd as a Barbarian and the Gray Mouser as a Rogue? That might or might not have happened without me. But getting N. K. Jemisin's Nahadoth the Night Lord into the display as an example of the The Earth-Shaker, and using Sethra Lavode from Steven Brust's Dragaera as an example of The Iron Woman? A sweet way to repay a bit of the pleasure I've had reading these books.

Ditto for the painting above, by friends who are two of my favorite artists, Catska and Cory Ench. This painting of Suldrun originally appeared as the cover of Lyonesse on my friend Bob Kruger's electricstory.com site. Now Cory and Catska allowed it be used as Suldrun's illustration in the Damsels section of the Archetypes display. I love it when friends' work comes together.

The exhibit opens on Saturday the 27th, but on Friday the 26th there's an opening gala involving archery, scavenger quests, sword-fighting demonstrations, photos sitting on the Iron Throne from Game of Thrones, and games run by Card Kingdom and WotC. Come sit by the river a spell, wander the gardens, or cast a spell.
Posted by Rob Heinsoo at 5:11 PM 1 comment: 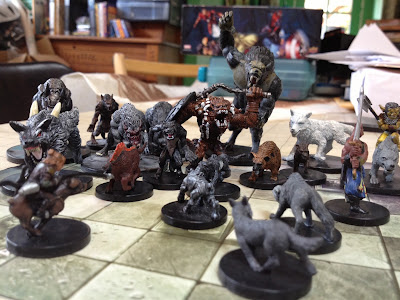 A couple months ago Ken Hite was putting together the monster list for the upcoming 13th Age Bestiary from Pelgrane Press. I'd been helping with suggestions and sample monster write-ups. Then I mentioned the monsters I wasn't sure we should cover.

Any time D&D did a book of monsters in 3e and 3.5, you could count on a substantial portion of the contributions amounting to dogs. Go ahead, start paging through with the core Monster Manual, you'll hit the hound archon, barghest (wolflike is doglike, man), blink dog, dire wolf, gnolls (because hyenas count), and so on, up through the warg, winter wolf, and yeth hound. The monsters just get barkier in the Fiend Folio and in the old Monster Manual II, sometimes when you don't really expect it. Caniloth? That's a dog-like not-demon/not-devil. Senmurv? That's some kind of coyote humanoid with rainbow wings. As soon as you do a race sourcebook, that race has gotta have a dog. Or three. The parade of dog-like monsters keeps spooling out like a WTF multiversal dog show.

I became aware of our canine design tendency when I was choosing minis for the D&D Miniatures game. Like other powerful unconscious tendencies, dog-ness often took us by surprise. A gravehound, a werewolf, a Nessian warhound, a gnoll priestess, an iron defender and a goblin warg rider feel like different monsters. But if you squint, they're all from Canine Kennels.

The ubiquity of dog monsters isn't a surprise. We think with what's familiar. Twisting the familiar into a monster creates scary and resonant monsters. And other creators have had weird dog-fixations. Shakespeare tended to link 'fawning' in the same sentence as candy (sweetmeats, candied jellies) along with a dog or hound or mastiff, there are upwards of seven plays that feature this precise association, something like a text analysis fingerprint. Us 'd20-rolling designers? We've got an even more obvious thread: new monster concept = obvious (or just maybe stealthy) dog.

So Ken made the call to exclude dogs from the upcoming 13th Age Bestiary. It was a good call. 13th Age is aimed at imaginative GMs and players who are being encouraged to add their own cool ideas to each campaign and session. It's clear that most of us gamers can design actually-interesting dog-monsters ourselves and we've covered a few of the obvious wolves and hellhounds in the core book. We're trying to supply ideas and inspiration you might not have had immediately on your own, so throwing more dogs onto the pile just isn't necessary.

And by the hoary breath of the winter wolf, my previous work cycle created enough pre-painted plastic dog-style miniatures that you should have no problem finding minis to suit your new creations.
Posted by Rob Heinsoo at 3:44 PM 5 comments:

Manos: the Hands of the Internet

Bruce Baugh introduced me to the Internet. We were both living in Portland in the late 80s and very early 90s. I remember Bruce showing me that his computer was dialing up a system that let it link to other computers all around the world. I’d sort of vaguely known that something like this was possible but had left it to others. Bruce was one of those others. For reasons that might have had something to do with what was working at the moment, Bruce demonstrated his computer’s worldwide connectivity by finding out what the weather was like in South Africa. At that second. Well, actually it took a minute or two and Bruce commented on the computers his query was routing through. I was impressed. I didn't know what to make of it, not really, but I was impressed. And within a few months I had an AoL account and was participating in the gaming forums, which in combination with contacts made through pre-internet Alarums & Excursions surely led me to work professionally in gaming.

I didn't have a television back then (or since . . .). So Bruce was also the man to introduce my girlfriend Lisa and me to Mystery Science Theater 3000. The first episode Lisa watched with us was the epically brain-damaging episode bludgeoning through the movie Manos: the Hands of Fate. If you aren't familiar with this film I’m not going to be the one guilty of linking to it.

When people joke about the early days of the Internet—it’s a series of tubes—I flick past the subject’s personal association with a murderous dwarf, a high priest’s orange robes that flare out into giant hands, and slap-wrestling semi-nude female cultists.

About half-right, in other words.

Bruce. Thanks for everything.
Posted by Rob Heinsoo at 1:17 PM No comments: