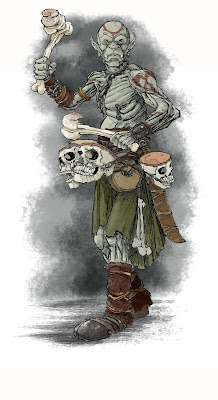 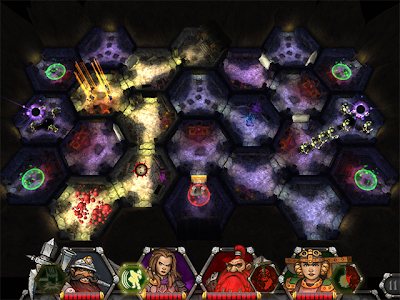 Half of my Wednesday night 13th Age gaming table is running a Kickstarter for their company’s new Dwarven Delve game for iOS, Android, PC, and Mac.

It’s an underground exploration and combat archeology action game. The dungeon layout is a bit like the mechanics of the Pipe Dream game, you reconfigure the dungeon on the fly, opening up new passages to fat loot and monsters you want to fight *right now* while trying to reroute the real-time charges of monsters you don’t want to have to tangle with. Along the way you develop the abilities of your six dwarven adventurers and dip into a forgotten history that touches on the archetypal tragedy of the dwarves: always digging just a bit too deep for their own good.

Given that the core of the Tinkerhouse team is in my gaming group, I might end up helping with the game if they do really well with the Kickstarter, but my potential self-interest is a lot smaller than my hope for my friends.

In case you’re wondering, the half of our 13th Age table involved in Tinkerhouse is…
… the elf monk who shapes wood and has now turned out to be directly descended from the bloodline of the original Elf King’s royal architects
… the dwarf bard who reads the unique thrum of objects he drums upon and is now learning the battle hymns of an alternate world in which dwarves rule the Empire
… the elf rogue who knows that the Prince of Shadows is not who he claims to be and has now, probably not coincidentally, been taken over by his own shadow, not that the other PCs knew that until this moment

They do good play and they do good work.
Posted by Rob Heinsoo at 3:40 PM 4 comments:

Cal Moore has been doing a bang-up job of editing 13th Age and helping to develop and edit the Bestiary. He’s also running a 13th Age campaign and he sent over a report on a recent game that I thought was worth sharing. Note the cunning use of successful icon relations rolls to provide a flashback that saved the PCs from exposure. Though I suppose they did suffer from ogre-exposure.

By the way, tonight's game was good. Party's businessman ranger convinced the others to spend 3200 gp to buy 40 barrels of liquor (rum, dwarven whisky, and shroom juice "room juice.") Packed it on a small ship and traveled to the Port town on river emerging from the High Druid's main forest area. Then proceeded to piss off the owner of the Sapphire, the main town tavern/whore house (based on the Gem from Deadwood), who totally lowballed an offer to them. They spent most of the rest of the time trying to sell the 40 casks in small chunks to the few other tavern owners in town, plus the Imperial praefect (who took a cask of shroom juice for free as his due). They were still about 800gp in the hole when they went off to look into an orc warband who is using extortion on the wood elf settlements upriver to take what they want. While sneaking up on the camp and hiding by a small cliff just below it, an ogre comes to the edge to take a piss and looks down (Stealth Dex rolls, each PC gets a 5 or under, oh oh). The sorcerer uses his 5 and 6 Elf Queen rolls [[icon relationship checks at the start of the session]] to flashback to when a bard back in town gave him a magic gem for a one-time illusion, which he uses to make them look like rocks in the cliff. So the ogre doesn't notice them to the point that he pisses all over them down below. End of session! :) Next week, the sneak attack (and laundry).

Why I love 13th Age. My PCs have never willingly been pissed on before and seen it as a success.