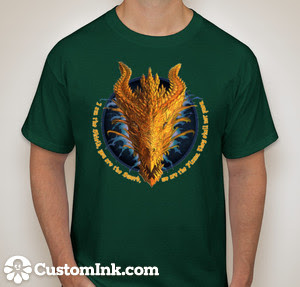 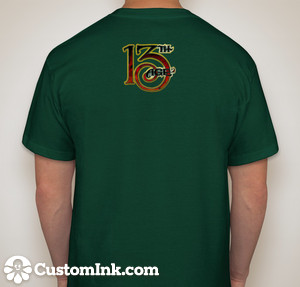 I'm working on the 13th Age Bestiary today with 13th Age's developer, Rob Watkins. Whenever the two of us say "Yes yes yes!" while working on monsters you can be sure it's going to be entertaining trouble for PCs. Or maybe just trouble, given that we're working on mechanics for red dragons and rust monsters.

I haven't been blogging lately and want that to change, but for the moment I'm just going to mention three recent 13th Age-related surprises.

1. The EN World poll for most anticipated RPG of 2013
I've rarely experienced the cliche of having my jaw drop. But that's what happened as I watched the results of the poll. We're in great company and this has been splendid motivation in the weeks before the game releases into print.

2. A Bestiary preview
Our redcap fits into impossibly small spaces and bursts out by surprise. This morning he showed up exploding from a cupboard in a preview on EN World, art by Rich Longmore. I decided to use this entry by Kevin Kulp because I wanted to preview something funny. Other entries vary widely in tone and style but the redcap serves as a good example of the more detailed treatment that Ken Hite decided we would give monsters in the Bestiary--more details and ideas to inspire GMs and players instead of the just-the-stats approach used in the core book.

3. Primeval Thule Kickstarter
It's gratifying when friends who are excellent designers decide to use 13th Age as one of the systems they'll support with their swords-and-tentacles RPG sourcebook. Sasquatch Game Studio's' first Kickstarter will include 13th Age-compatible game material set in a different world, a world that's more Conan vs. Cthulhu than the Archmage vs. the Diabolist. I am looking forward to seeing what Rich Baker, Dave Noonan, and Steve Schubert do with icons in a new and very different world. The Kickstarter runs another couple weeks. Check it out, either for 13th Age, for Pathfinder, for 4e, or for all three.

Posted by Rob Heinsoo at 6:13 PM No comments: