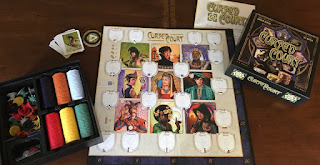 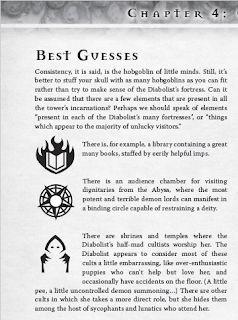 Recommendation: Game-icons is a wonderfully useful site. Follow them on twitter at @gameicons. Design a game about prehistory because they just uploaded wonderful prehistoric icons. Have fun!
Posted by Rob Heinsoo at 1:43 PM No comments: 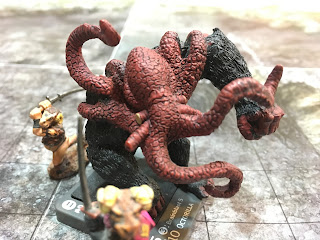 Of the little things I like about our 13th Age Glorantha book, one of the silliest is how pages 347 and 348 look like they've been eaten by moths. It’s the o Darkness section of our runic geography chapter. o Darkness is the rune of the trolls, and trolls a) eat anything; and b) herd giant insects. So it always makes me happy that pages devoted to troll territories look like they’ve been nibbled by bugs! 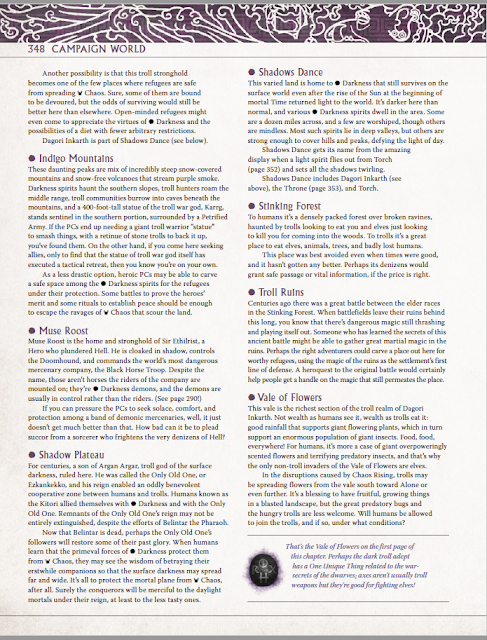 But did I say this was silly? It’s not really. It’s the kind of thing Greg Stafford planned when he envisioned Glorantha’s runes. It’s more cosmic than it is accident.

Posted by Rob Heinsoo at 9:52 AM No comments:

Heinsoo: Rainbow over the Wine-Zoo

How do you pronounce my last name? Yes, you, the reader, the comrade sharing this line.

If you pronounce the first syllable to rhyme with ‘wine’ and the second syllable to room with ‘zoo,’ you’re agreeing with nearly all English speakers. Well, American-speakers, at least.

My wife Lisa (not a Heinsoo, by the way, she has a very cool name of her own that’s marginally easier to pronounce) advises me to give it up, and just let people pronounce my name the way they’re going to read it, because come on, who am I kidding? She’s probably right. When Shane Ivey of Arc Dream asked me last week about the pronunciation of my name for the upcoming Wrestlenomicon Kickstarter video, I could have let the original wine-zoo pronunciation roll. Because really, I don’t care if people say my name wrong.

I just can’t bring myself to ignore our Estonian selves, not when I say my own name, or when someone asks. Who would I be if I’d grown up with a name that other people could pronounce properly? Maybe less of an unusual person, I say, being polite.. I suspect I wouldn’t be me, not in some odd ways that matter.

So it’s OK if you pronounce the name of my company to rhyme with Rob Wine-Zoo Games. I don’t mind, I expect it. But if you hear me talking, I’ll continue to rhyme my name with rainbow. And in honor of that pronunciation, here are four beautiful color treatments Lee Moyer (rhyme scheme starts with Wheee!) created of the logo for the new company, and two black and white versions like the one that appears on the cover of 13th Age Glorantha. 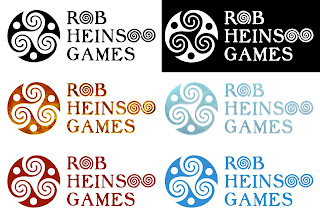 Posted by Rob Heinsoo at 3:03 PM No comments: