Here’s why I love Kij Johnson’s The Dream-Quest of Vellit Boe:
a)     Kij Johnson is one of my favorite writers, and the fact that I haven’t read all her books yet is a symptom of deliberately rationing her work over time—next up: Fudoki.
b)     The Dreamlands are my favorite part of Lovecraft’s mythos.
c)      Vellit Boe’s dreamquest works as mythos journey, perspective-shift social commentary, and a trip into the lives of real people in a surreal world.
d)    Brutal mid-paragraph shifts from normality to deadly violence. They remind me of the non-transitions in the movie version of No Country for Old Men. This is how violence slams into real life, not with musical cues. 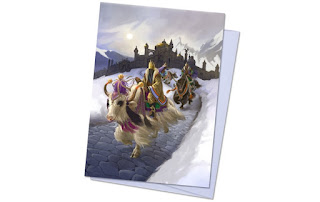 Here’s why I love Heather Hudson’s Dreamlands Christmas Cards that are on Kickstarter for the next couple days, and can be found here:
a)     Hilarious use of the mythos' brightest corners.
b)    Cards that translate both in and out of fandom.
c)     Homage to Calvin & Hobbes.
d)     At least one card that requires a scenario: (Santa Claus vs.) The Black Galley! 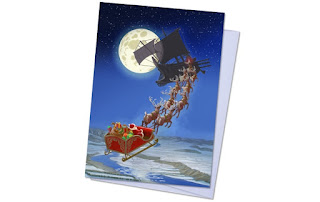 Posted by Rob Heinsoo at 3:23 PM No comments: 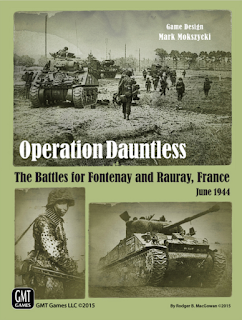 I may end up playing Red Winter before I play Operation Dauntless, especially since a member of my gaming group has married into the Finnish way of life! If there’s more to say about how the game mechanics match the design goals, I’ll speak up after rolling the dice.
Posted by Rob Heinsoo at 3:37 PM No comments:

Red Base Yellow Base

Walking our dog Roo early this morning in the fog, outside the Rainier Arts Center, I found myself standing on what felt like an art project, or perhaps a section of a game board, one base red, one base yellow.

Posted by Rob Heinsoo at 7:42 PM No comments:

A couple years ago there was a pivotal moment when a close friend of ours had started a job that immediately looked like it was going to be a disaster. My wife Lisa helped save us all, saying “I’m sorry, I just don’t have the energy to spend the rest of the year being surprised by how crazy your boss is. You need to quit. There’s no mystery here, it’s just going to happen again and again.”

That’s how I feel about mass shootings in America. We can’t be surprised. The pieces are all set up and the shooting will begin. As the Gun Violence Archive indicates, nine days out of ten, it’s only a question of who and where.

Our friend quit her crazy job. Then she chose a path that was four times more sane. Judging by American political history and our current president and Congress, I don’t have hopes for a similarly rapid shift to a sane approach to gun ownership. But first steps are important. A gun lobby that fights against background checks for gun owners, restrictions against mass-murder-certified assault weapons, and against keeping silencers more-illegal-than-not is no one’s friend. It’s a crazy boss monster, and it’s time it was opposed by our elected officials, even the ones whose campaigns were bankrolled by gun money.
Posted by Rob Heinsoo at 5:25 PM 1 comment: