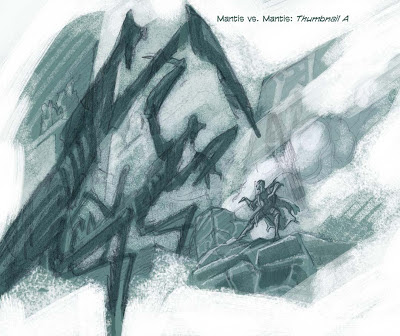 The art above is the first thumbnail by Aaron McConnell from one of the winners of the Monster Art +13 mini-essay contest we ran for backers of the 13 True Ways Kickstarter. A backer I know only as The Dormouse wrote the following....

My friend has a tendency to capture praying mantids and keep them in small aquariums, hand feeding them crickets with loving care until they reach the end of their insectoid life.  Whenever a cricket is delivered, or the creature otherwise deigns to notice her, the standard reaction is a display of threat and dominance, a graceful pantomime of those scythe-like forearms which conveys:

Hello, human.  If our positions were reversed, I would not keep you in a cage and feed you tasty things.  I would eat you.

You have to admit, this sort of directness is worthy of respect.  What better way to immortalize it than to illustrate it with a praying mantis who is, in fact, large enough to reverse those positions?

Given that 13 True Ways features the true initiation of the monk, I couldn't resist asking Aaron for Mantis vs. Mantis action. And even though this is just the thumbnail, he has delivered.

We'll be announcing all the winners via a Kickstarter update later today or tomorrow. I'm just sorting out a couple entries that are probably-winners-but-may-have-issues. 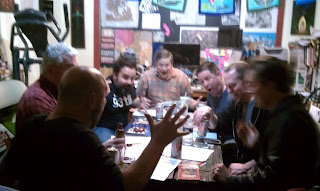 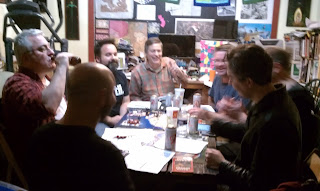 Playtest Impact Registers in the End

I had a fun day digging through the 13th Age playtester reports this week. For a change I wasn't looking for comments or problems, this time I was hunting for playtester names, working to complete the credits.

But along the way I decided to make a last-moment change to the character creation rules in chapter 2.

So many people asked us to give all character classes 8 points of backgrounds instead of our pseudo-traditionalist route of giving the rogue and ranger more backgrounds and the fighter and barbarian less. Reading the playtest feedback again I had to recognize that Jonathan and I were mistaken about our earlier rule. We were wrong telling some classes they weren't as worthy of having rich backgrounds. I talked with Jonathan. He agreed.

The rule is now that every character gets 8 points of backgrounds. The sidebar which formerly explained our separate-and-unequal decision now explains the move to equality while providing the old system as an optional rule for GMs who want to play with varied points.

Chris is at-this-moment finishing the second draft of the layout of Chapter 2: Character Rules, so the change came just in time.

I have to say "Thank you" to the playtesters who repeated their assessment of the earlier rules and "I'm sorry" since it took us so long to respond.

Oh. I guess I also have to say "I'm sorry" to bards and rogues and rangers in existing campaigns whose GMs might now screw them out of two background points. The bard in our game ditched his two points of "Former target of bullying," but not everyone will have such an easily-erased background. I'd say that characters who have been with us through the playtest process deserve an extra benefit and should have the two extra background points grandmothered in. 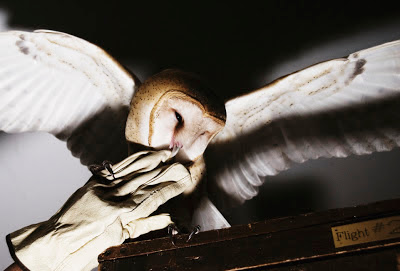 My friend Annie Marie Musselman has a beautiful book of animal rescue photos that will be published by Kehrer Verlag later this year.  She is running a Kickstarter that ends early next week to help get the book published in style. Annie Marie’s work has previously appeared in National Geographic Magazine, Outside, and a host of photography magazines and exhibits you can sift through in her bio. If you're interested in  nature photography, follow the link on the Kickstarter to Annie Marie's web page or go here: http://www.anniemusselman.com/.

In the old days when your friends and soccer teammates did something fantastic you could eventually show up at the album release concert or the exhibit opening or buy the game. Now we can help a little earlier by funding and mentioning their Kickstarters. A great change.

Annie Marie is skilled, compassionate and quirky. She deserves far better than me writing a closing line about her project having wings or giving the book a hand, but there's an owl with a leather glove up on top of this blog and  I just can't help myself.