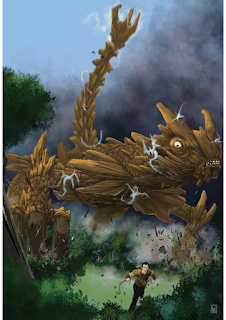 I'm going to be simpler to find this year. Many years I orbit the Pelgrane booth, but in the past it's been a loose orbit. This year the orbit tightens and I'll be working the Pelgrane booth most of the show. Find me and the rest of the Pelgranistas at booth #1417, where we'll have a couple new products for Night's Black Agents and one new sandbox adventure book for 13th Age: Shards of the Broken Sky.

13th Age Monster Workshop
Friday, 11:00 am to noon. Stadium Meeting Room 12
This panel is a team-up between 13th Age designers and audience members who end up as 13th Age designers! Previous workshops' creatures that we polished and published include three entries in Bestiary 2: the shadow mongoose, the salamander (originally designed as the lava moth), and the Koruku, the avatar of the Iron Sea's hatred for the Dragon Empire. That's Rich Longmore's illustration of the Koruku above. Its brainstorm melted my brain cells. Bring your brain and help distribute the meltage.

Swords, Spies, & Shoggoths: the Pelgrane Press Panel
Saturday, 2-3 p.m., Crowne Plaza: Pennsylvania Station A
This is one of our Ken & Others Talk About Stuff panels. Happily the stuff includes some mostly-unannounced 13th Age books! 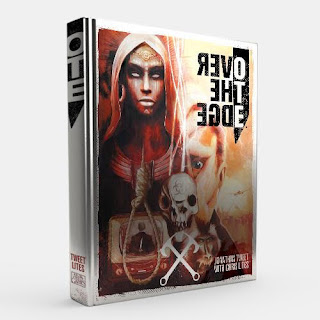 Then 24 hours until my flight out on Monday.
Posted by Rob Heinsoo at 9:54 PM No comments: 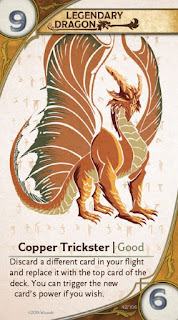 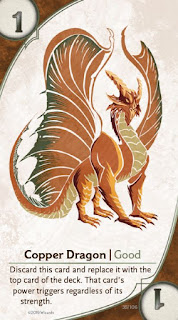 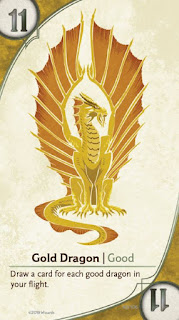 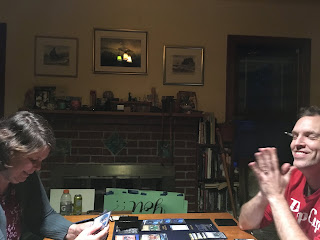 I obviously can't provide details or even the names on the two expansions, but I can say we loved them both. The new mechanics provide a couple different assessment/achievement levels that are separate from the usual rubrics of Victory Points and slimmed-down decks. Trash-talking and roleplaying around the new mechanics is fun and fits the storylines that the expansions are based on. Fun new mechanics that are also funny? A big win.
Posted by Rob Heinsoo at 4:04 PM No comments: 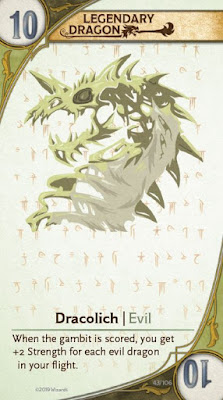 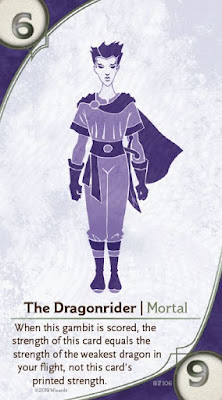 For more on Three-Dragon Ante: Legendary Edition, see the rulebook that WizKids has put up on Boardgame Geek.
Posted by Rob Heinsoo at 10:59 AM No comments: