I was gonna write my next preview about the two versions of the Three Storms, but I don't have time to tackle that topic today. Instead, here's a henchman. 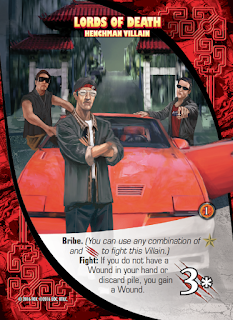 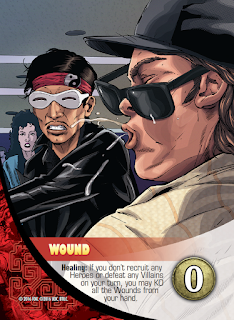 As a bonus, Upper Deck followed through with the Lords of Death sucker punch on the game's Wound card!
Posted by Rob Heinsoo at 5:01 PM