While I've been wrapped up in the 13th Age in Glorantha Kickstarter, there's been a whole lot of gaming bursting out of other pocket universes, including a second edition I've been wanting for years. I'll let a picture set the scene. The photo below is an artifact from my year at Chaosium, 1996-97, an artifact I'd forgotten about until a couple weeks ago. 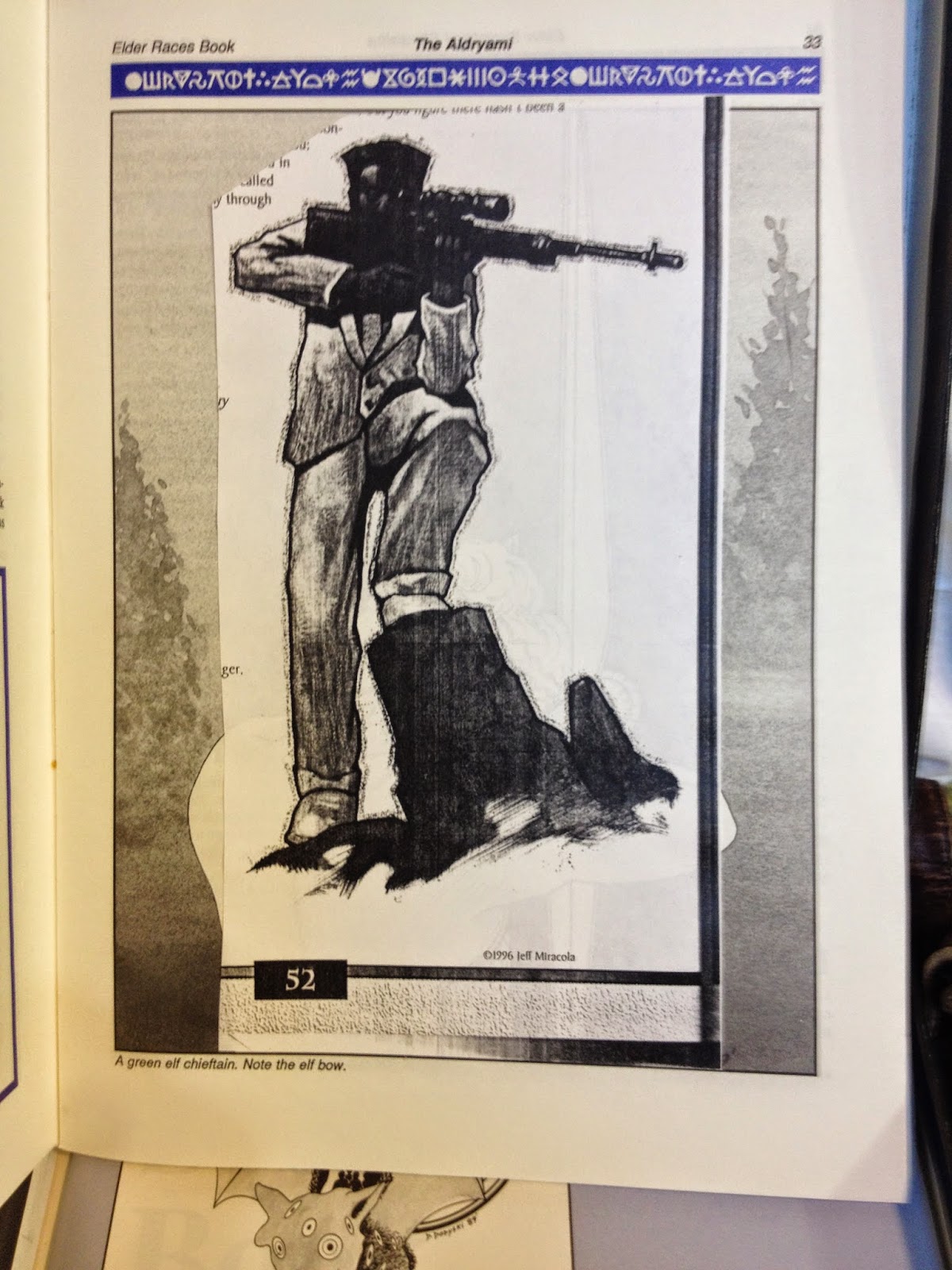 That's page 52 from the Glorantha book called Elder Races, part of the Elder Secrets box set published by Avalon Hill. I hated the art in that book. Hated it so bad. Hated it so much that I couldn't bear to look at it. And hey: I didn't have to! Chaosium had a photocopier. I had a copy of Feng Shui. Voila! The page that's captioned "A green elf chieftain. Note the elf bow" looked a lot better when I photocopied Jeff Miracola's rendering of The Killer archetype from Feng Shui and pasted it on top of the original 'elf.'

I'd never resurfaced a book before and I've never done it since. This copy of Elder Races features rescue-guest illustrations from Seventh Sea, Pendragon, and Surviving On the Edge.

Of all these books, the one that's still with me is Feng Shui. And *right* *now*, Robin Laws and his dragon-band of sidekicks and sorcerers are running the Feng Shui 2 Kickstarter. Robin has updated the rules splendidly. The Kickstarter campaign is worthy. And a lot of the art looks good enough to color photocopy for personal use and paste over art you just can't bear to see one more time.