Part of my job as Jonathan's friend is to make sure his good jokes don't get wasted.

Talking about his Grandmother Fish book the other day, Jonathan said, "Y'know, I could say that this is my most accessible beginner roleplaying game yet! But I'm not going to say that. Only to friends."

At which point I step in.

If you visit the Grandmother Fish Kickstarter page and download a preliminary draft of this child's-first-book-of-evolution, you'll see that describing the book as a beginner roleplaying game is amusingly true. Kids play animals that squeak and wiggle and chomp!

RPG-talk isn't precisely on target for a Kickstarter page that's primarily aimed at science enthusiasts, parents, and humanists. But for this blog that handles games more often than not? Yeah, I'll happily spread the joke that Jonathan was a notch too tight-laced to use.

And if you like what you read and decide to sponsor the Kickstarter, please use your pledge to support our triceratops allies against the fanged aggression of T-Rex! 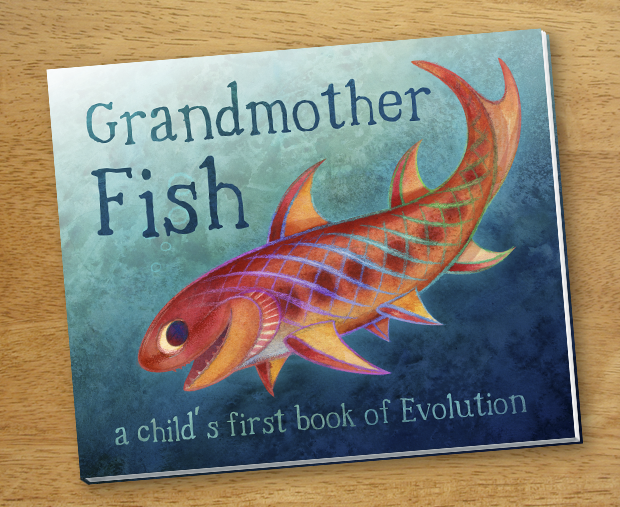