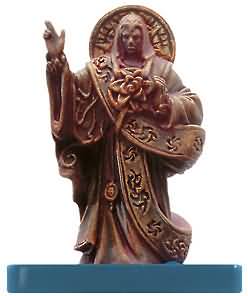 1
Last week my aunt and cousin visited from Wisconsin.
They drove through Oregon and visited my mother's grave in Springfield.
They ran and laughed and dodged through the cemetery, scattering in four directions every thirty seconds
because all the sprinklers were on and they were big powerful sprinklers, not the kind you want to get blasted by the whole hit.
Eventually the older generation accepted its fate and stood stoic in the spray, but the younger generation kept dodging.
A wonderful visit to my mom's grave.
I can't decide, now, if Mom would have kept dodging the water or taken the hit, if she'd been there.
When she had her mobility she liked a challenge.
But she was always the first person to say "It's only water," and accept the rain or a splashing.

2
Our friend Steve has organized or run the Cereal Thrillers breakfast cereal bar at Burning Man for years.
We helped the first year since it had somehow turned out to be my idea, but haven't been back.
This was the best year ever for Cereal Thrillers.
There are dozens of stories from this year I don't know yet, but the one I heard came from Dreamblade minis.
Every other year I've supplied a case or two of Dreamblade minis (and early on, some D&D minis as well) to be inserted in the cereal boxes as prizes. Shake a cereal box, get a freaky miniature from humanity's dreamscape, the cereal barista gets to tell a little story about the newly discovered creature.
When I started running out of minis, my olde Dreamblade co-creator Jonathan helped with a case or three.
But this year I was out. No more Dreamblade minis to give away as prizes.
Then Steve found a full case of Dreamblade sitting on the bar at Burning Man and thought it was something Jonathan had brought.
No. It was a gift from a man sitting and eating his cereal.
He had loved getting the Dreamblade minis in his cereal two other years, so this year he decided to bring a case of his own to contribute to the cereal bar.
So the tradition continues.