Jonathan Calls on the Gods

My 13th Age collaborator Jonathan Tweet occasionally uses this space to write a guest blog on a gaming topic. Today he's introducing the gods of Glorantha to 13th Age players. He opens with a truth that I would have punctuated with an exclamation point!

The gods of Glorantha inspired the icons of 13th Age. Rob and I both value the way Gloranthan gods helped player-characters connect to the game world, and that’s basically where the icons came from.

With 13th Age in Glorantha, you’ll be able to see how these gods fulfill a function similar to that of the icons. The thing I like about Glorantha’s gods is that they have personal histories and particular personalities. Gods in game worlds can sometimes be generic and abstract, and in fact the icons of 13th Age are intentionally generic as well. The gods of Glorantha, however, are something different. They have detailed histories and complicated relationships to each other, creating a rich pantheon for gamers to explore. This post highlights some of the gods and shows why Rob and I think they’re so cool. 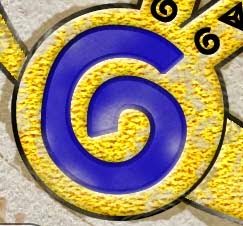 The Storm King, Orlanth
Orlanth is a mighty god, a destroyer and a builder, a rebel and a leader. His bywords are freedom and action, so he’s perfect as an adventurer’s deity. In the mythic past, Orlanth used Death to kill the Sun Emperor, plunging the world into darkness. Later, he led a party of “Lightbringer” gods into the Underworld to save the Sun and bring hope back to the world. Orlanth’s people are now often depicted as bronze-skinned warriors, I think of them as having a “Germanic barbarian” feel, given that they live in clans with chiefs, jarls, and thanes. In our default time period, the Orlanthi people have thrown off their conquerors from a more advanced civilization, the Lunar Empire. The Orlanthi, the Lunars, and everyone else with a bone to pick are getting ready for conclusive battles that will settle scores once and for all. 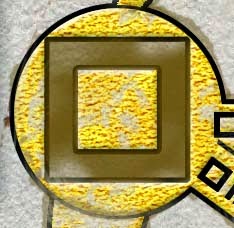 The Earth Queen, Ernalda
She is the Great Goddess, the power that reunited the world after it had been nearly destroyed by Chaos. She was once the wife of the Sun Emperor, but Orlanth killed him and demonstrated to Ernalda that he alone was worthy of her. Ernalda binds everything together. Without her, society could not exist, or even the world itself. She was originally an Earth goddess and still has many Earth-related aspects and allies. In times of trouble, Ernalda offers surprising powers, and when you’re playing 13th Age you know it’s going to be a time of troubles. 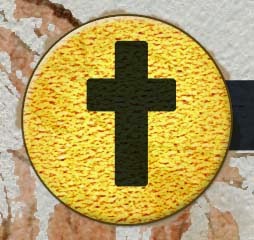 Death’s Champion, Humakt
This dire god was the first to bring Death into the world, and he rules the Death rune. Although born a storm god and brother to Orlanth, he has cut his kinship ties to Orlanth and shed his connection to the winds. Now he is the pitiless god of battle and death. His devotees are fearless warriors with a special hatred of the undead. Truth and oaths are also part of Humakt’s purview, and his devotees follow strict codes of honor and justice. In their mind, the best defense is killing everyone who stands in their way. 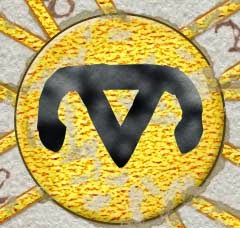 The Storm Bull, Urox
This horn-headed brother of Orlanth loves violence and hates Chaos. During the Great Darkness, he faced down and defeated Wakboth, a supreme incarnation of Chaos. Today, his followers are unruly berserks, tolerated by polite society because they are so good at finding and destroying Chaos monsters. Certain players love that sort of character, and maybe there’s one at your table. Urox’s most devoted followers undertake a heroquest that, if they’re successful, grants them horns that actually sprout from their heads. 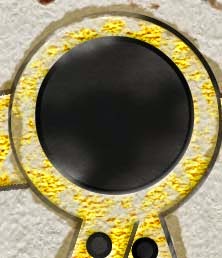 The Dark Power, Kyger Litor
She is the chief deity of the trolls. The trolls of Glorantha are both more human-like and more alien than the default trolls that d20-rolling adventurers have been hacking and burning since 1974. Like humans, trolls have a sophisticated culture, with their own myths, gods and mores. These trolls, however, are different. They are scary darkness creatures who will eat people if they can, but they are also devoted enemies of Chaos. Females are bigger than males, and they rule troll society. Due to an ancient curse, most troll births produce stunted dimwits, called trollkin and relegated to second-class status. Or maybe fifth-class status, since they sometimes get devoured. The domesticated animals in troll society are monstrous bugs of various sorts. Over the vast population of trolls rules Kyger Litor. She owns the Darkness rune and provides darkness magic to her worshippers. 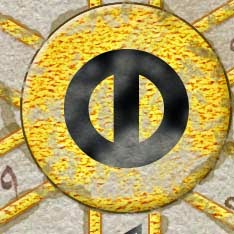 The Red Moon, Sedenya
Orlanth’s great foe is a new goddess, the Red Moon. Unlike the old gods who existed before Time, Sedenya can abide Chaos and even direct it toward positive ends (they say). Her son, the Red Emperor, rules the Lunar Empire, which is at war with the Orlanthi people. If you listen to the Lunars, they will tell you that they have a superior, sophisticated culture capable of reconciling dichotomies and even making peace with Chaos. Barbarians would do well to be reasonable and adopt Lunar beliefs and practices, they say. If the barbarians aren’t prepared to concede, the Lunars are willing to force the issue. The Lunars have already subverted many other cultures, following their goddess’s motto that “We Are All Us.” The Red Moon makes an excellent villain in a campaign, since she is both attractive and deadly. Her followers have excellent military organization, powerful schools of magic, and a religion that’s adept at taking over local beliefs. If that doesn’t work, the Lunars call on the Crimson Bat, a monstrous creature of Chaos [[rh: already added to the 13th Age in Glorantha book as a stretch goal]] that requires human sacrifices to live and that drives its enemies insane. As the Red Moon, the goddess Sedenya literally hangs high above her empire, day and night. From there, she sees her empire spread century by century.

If none of these gods prove to be your favorite, there are others. Babeester Gor is the avenging daughter who like to chop off pieces of her enemies with her mighty ax. The warrior god Elmal once served the Sun but left his court to join Orlanth, and now he is Orlanth’s loyal thane. Orlanth’s warrior daughter Vinga inspires adventurers, especially women, to undertake daring quests. The world of Glorantha is filled with gods from the cosmic to the local, and there are bound to be options that appeal to the various sorts of gamers you have at your table. Rob and I had our eyes opened when we first encountered Gloranthan gods decades ago. We’re both really excited to share more of what we love with the 13th Age crowd. When 13th Age in Glorantha debuts, you’ll see why.