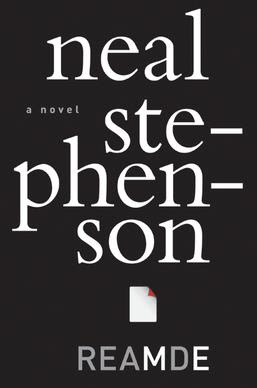 Rock Paper Tiger is a novel about China, people with connections in the intelligence world, electronic gaming, and an American woman trying to survive despite the power struggles of larger forces moving around her. Also art.

Reamde is a novel partly set in China, people with connections in the intelligence world, people with even stronger connections with digital gaming, and at least in part about a woman fighting to survive while being used as a pawn in a terrorist plot.  Also guns.

I love both these books. Lisa Brackmann's Rock Paper Tiger may be psychologically more true. Its heroine and the people who surround her generally can't fight their way out of screwed situations, they live and die in the fog of sudden events and if they survive they do so in part because of bonds and confidences they only partly understand. I found it funny, moving, and memorable.

Neal Stephenson's Reamde is a romp. Or several romps run together, playing out in a world in which the protagonists created the next big game phenomenon after World of Warcraft but that isn't necessarily going to keep them alive when terrorists are the ones doing the questing. Despite rounding itself out as a near-perfect comedy, it left me with a lingering mistrust of large RVs with Canadian plates.

Rock Paper Tiger is the yin to Reamde's yang. Read both.
Posted by Rob Heinsoo at 11:43 AM